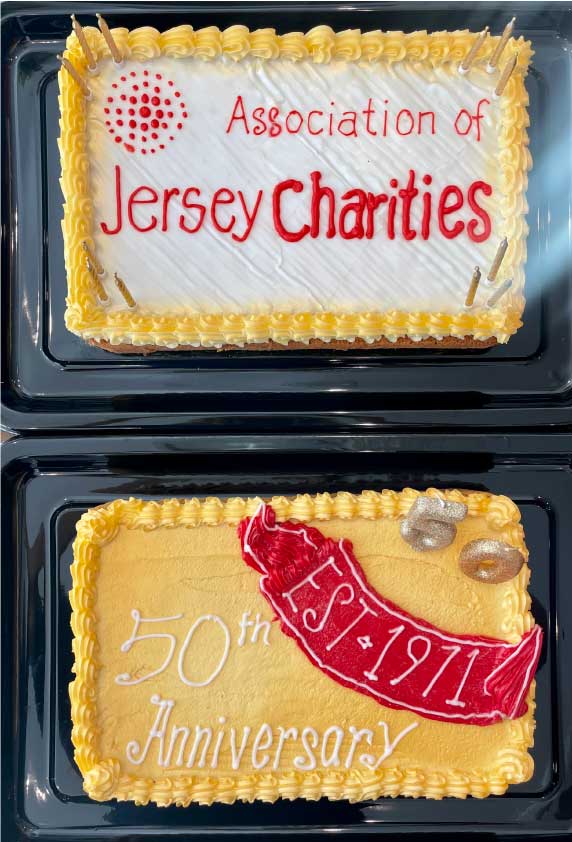 52 island charities spanning the arts, wellbeing, disability, young people, community support and conservation are to benefit from awards courtesy of the Association of Jersey Charities (AJC) as part of a major £0.5 million initiative launched by the organisation as part of its 50th anniversary this year.

The ‘50@50’ scheme was launched in July for AJC members, with the intention of awarding £10,000 to 50 charities, with funding coming from the gains accrued to date through the AJC’s prudent management of a private donation.

In applying for the awards, charities had to explain how they make a measurable difference in the local community and how they fulfil the AJC's key objectives of encouraging collaboration, innovation and sustainability in the charity sector.  Most importantly, applicants had to explain how £10,000 would make a difference to their charity.

The response to the initiative was so positive and the standard of entries so high, that eventually, following a process of rigorous and independent judging, 52 charities were given awards. They were:

A number of recipients of the awards recently attended a celebratory reception, featuring a special ‘AJC 50th anniversary’ cake baked by the team at Beresford Street Kitchen.

“This is the largest single funding initiative the AJC has ever done and forms a focal point of our 50th anniversary celebrations. After the challenging year Jersey’s charity sector has had, we thought it was a good use of the proceeds from the private donations we manage to use this as an opportunity to provide some significant funding to a cross section of local charities – it’s an initiative that will see more than half a million pounds pumped into diverse local causes, big and small, right across the community.

“The response we had was incredible and it was exceptionally difficult to assess all the submissions. Ultimately, it was impossible to stick to 50 deserving charities and it was decided to make 52 awards, all of them making an extremely strong case for the funding and evidencing the significant impact they make. Interestingly, around one third of those receiving awards were charities who had never applied to the AJC for funding before, whilst a number of smaller charities were also successful. We’ll be following the impact of these awards over the coming months, but there’s no doubt that this injection comes at a crucial time for Jersey’s charity sector.”

Stories from our 50@50 initiative