Jersey's charities sector and the vital role of volunteers 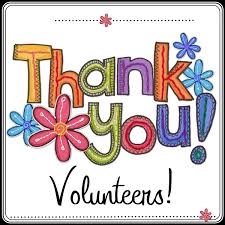 In 1336, King Edward III ordered the Warden of the Isles, Thomas de Ferrers, to equip a force for the defence of the Channel Islands. This force, Jersey’s first militia, was unpaid and while it is likely that not all of its participants actually were volunteers, it could be argued that that was when the concept of voluntary service became part of the Islanders’ DNA.

What makes people want to volunteer for no reward other than perhaps a sense of self-fulfilment?

Inevitably those asked why they volunteer provide a variety of reasons but high on the list is the enjoyment of the company of others who share ideals, people who place self-fulfilment, fellowship and commitment above any material reward.  Being a part of an enthusiastic team with the same objectives can be very fulfilling.

Many choose to volunteer for a charity for personal reasons. A desire actively to support Jersey Hospice may follow the experience of seeing how well a relative had been cared for; someone with diabetes may wish to help the charity that helps others with the disease;  and someone with a loved one suffering from dementia may seek to do something tangible to combat the condition. The reasons why people work with and for charities are manifold. “I just felt that I had reached an age when I should put a few hours of my time back into the community” is perhaps surprisingly commonplace. Many will take an entirely unselfish pride in their chosen charity’s achievements, others will work away behind the scenes, taking satisfaction from ‘doing their bit’.

Bodies like the Rotary and Lions Clubs were formed in the early years of the 20th century when Chicago businessmen (as it happens on opposite sides of the city) inspired their colleagues to use their skills and contact to work voluntarily for their own communities. Both organisations are now worldwide with hundreds of thousands of volunteers of every gender still fulfilling the ‘community service’ vision of their founders.

Notwithstanding the foregoing, the question is often asked, “Why so many charities? Isn’t what most of them do really the responsibility of the state?”

It is tempting to agree. Why should an army of mostly volunteers have to provide many if not all of the services they do when governments have all the resources, particularly financial, to fulfil the same needs? The answer is that they don’t and the cost of providing them would be astronomic and who would pay to meet that cost? The taxpayer. With the charitable sector, we, even if we are taxpayers, can choose who we support with the result that the public of Jersey are very much more generous than their government could ever afford to be.

The Association of Jersey Charities is proud to represent the hundreds of volunteers that their members comprise. Volunteers provide the lifeblood of what is often referred to as the ‘third sector’, voluntary and community organisations. And just in case you don’t already know, the other sectors are the public sector (the States) and the private sector (profitmaking private enterprise).  Jersey has a great track record for volunteering, and this has never been more apparent since Covid-19 made an appearance.