The second Jersey Charity Awards was held on Sunday afternoon, 15th September, and has again been hailed a huge success.  The setting this year was at Government House in a beautiful marquee, and was the perfect venue for the event. The lieutenant Governor, Sir John McColl and Lady Gene McColl were amongst the invited guests. A sumptuous afternoon tea was served just before the ceremony and everyone was entertained by the Parklife Choir. 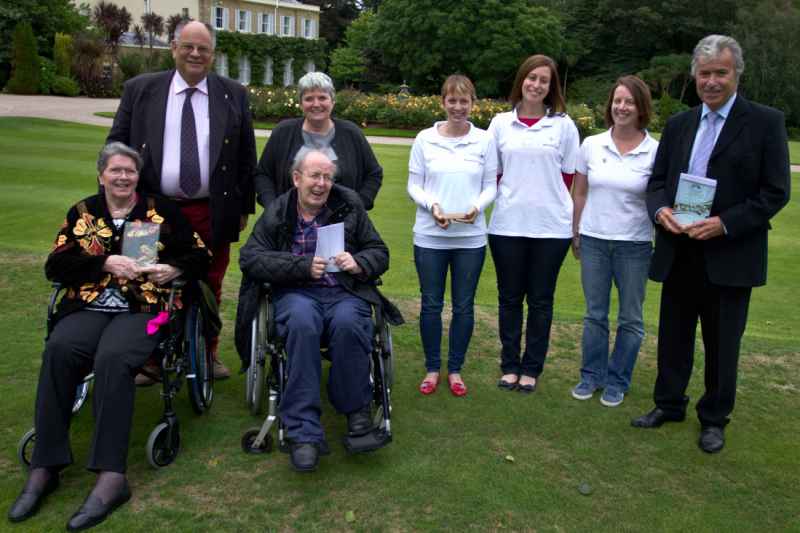 There are photographs of the event here on the website gallery and more photos here.

All applicants had to submit a written entry describing their achievements over the past twelve months and the winning charities were narrowed down from a shortlist of five to a top three before an overall winner was selected. The lIeutenant Governor and Geoff Cook, Chief Executive of Jersey Finance, awarded each of the winners with an engraved glass plaque and a cheque for £5,000.

The Donna Annand Melanoma Charity was announced as the Small Charity of the Year, having been shortlisted alongside La Motte Street Youth Project and Variety Club of Jersey. MIND Jersey was awarded Medium Charity of the Year with Community Savings Ltd and Headway Jersey Ltd the second and third runners up. The Large Charity of the Year Award was given to Jersey Cheshire Home who stood out from the final top three which included Jersey Women's Refuge and The Shelter Trust.

The overall winners were selected from the 44 entries by a panel of judges comprising States of Jersey Senator, Paul Routier MBE; The CO of the Jersey Voluntary and Community Partnership, John Pinel; Arclight Solutions Ltd Senior Consultant (Consultancy and Training services for charities), Jane Galloway and Deputy Chairman of the AJC, Liz Le Poidevin.

Approximately 190 representatives from all the charities who made a submission attended, together with invited guests, including Senator Ian Le Marquand.

The Association of Jersey Charities is working in partnership with the 50 years of financial heritage celebrations for this event. As part of this alliance, the proceeds from Jersey Finance Industry Philanthropic Foundation have been donated to local charities through the Association and the Jersey Charity Awards.  The cost of putting on the event was very kindly met by the trustees of The Ana Leaf Foundation, to whom we are very grateful.