The third Jersey Charity Awards was held on Sunday afternoon, 13th September, and has again been hailed a huge success. The setting was again at Government House in a beautiful marquee, and was the perfect venue for the event. The lieutenant Governor, Sir John McColl and Lady Gene McColl were amongst the invited guests. A sumptuous afternoon tea was served just before the ceremony and everyone was entertained by Rising Voices. 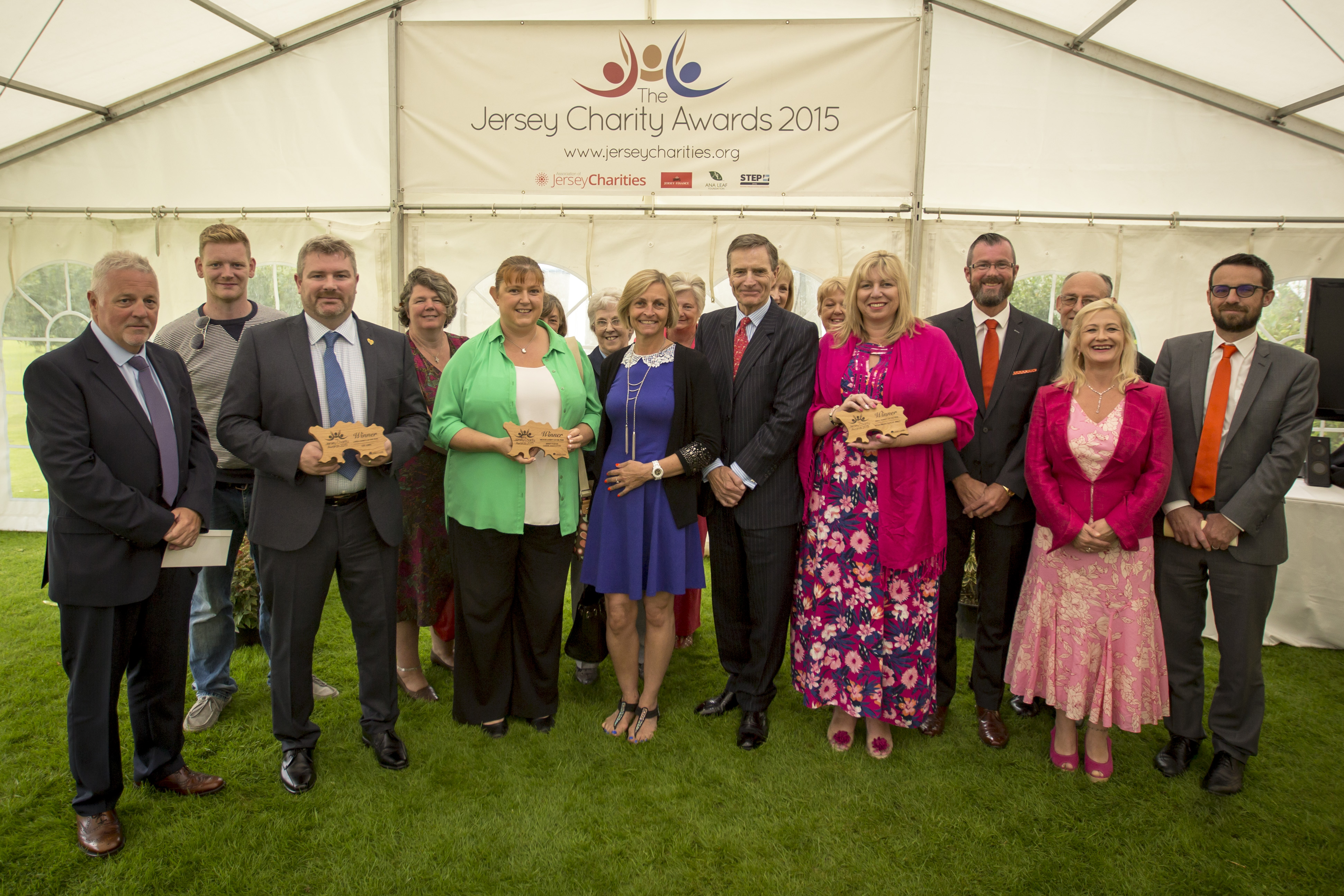 (Pictured here the Lieutenant Governor, General Sir John McColl with representatives from all three placed charities in all three categories)

There are photographs of the event on the website gallery.

All applicants had to submit a written entry describing their achievements over the past twelve months and the winning charities were narrowed down from a shortlist of five to a top three before an overall winner was selected. The lIeutenant Governor, Louise Ashworth of Jersey Finance and Simon Morgan of STEP Jersey, awarded each of the winners with a carved plaque and a cheque for £5,000. Second placed received a cheque for £1,000 and third placed received a cheque for £500.

Approximately 180 representatives from all the charities who made a submission attended, together with invited guests, including the chief minister Ian Gorst.

The Association of Jersey Charities is working in partnership with the 50 years of financial heritage celebrations for this event. As part of this alliance, the proceeds from Jersey Finance Industry Philanthropic Foundation have been donated to local charities through the Association and the Jersey Charity Awards. Further funding was provided by STEP Jersey, from their 25 year anniversary celebrations in 2012. The cost of putting on the event was very kindly met by the trustees of The Ana Leaf Foundation, to whom we are very grateful.