The fourth Jersey Charity Awards was held on Sunday afternoon, 17th September, and was once again a huge success. The setting was again at Government House in a beautiful marquee, and was the perfect venue for the event. The Lieutenant Governor, Sir Stephen Dalton and Lady Anne Dalton were amongst the invited guests. A sumptuous afternoon tea was served just before the ceremony and everyone was entertained by Jersey Sings Choir and later by Hot Bananas. Our compere for the day was Charlie McArdle, BBC Jersey radio and BBC News presenter. 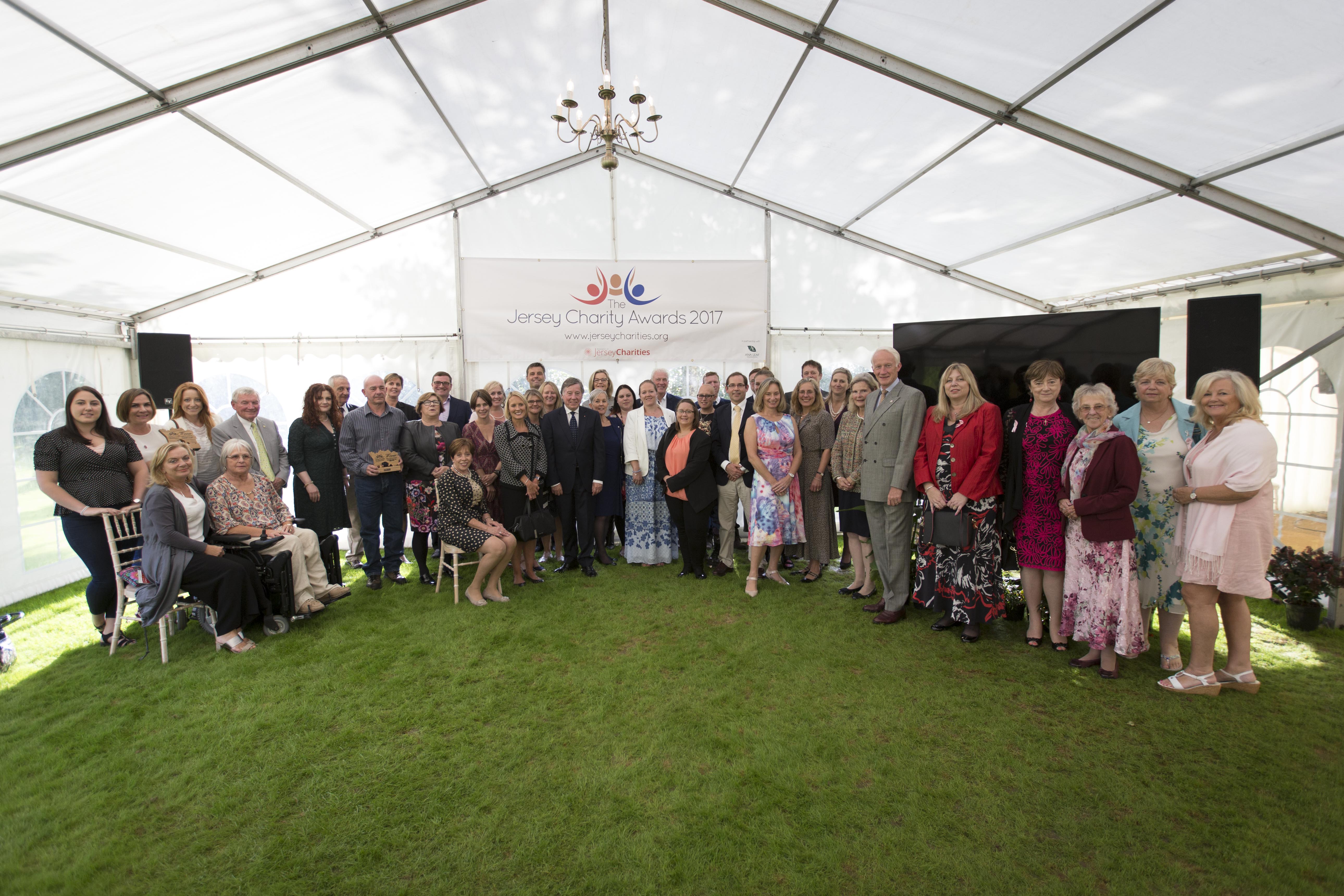 There are photographs of the event on the website gallery.

Approximately 170 representatives from all the charities who made a submission attended, together with invited guests.

The Association of Jersey Charities provided the prize money, and the cost of putting on the event was again very kindly met by the trustees of The Ana Leaf Foundation, to whom we are very grateful.

Also our grateful thanks go to: